For sale through AB4x4s Cleveland is super rare opportunity to acquire a very original Land Rover Series 2 soft top rebuilt on a galvanised chassis. If you are looking for originality then read on as these are like hens teeth!

The registration is transferable and valuable but it would be a shame to part them after all these years.

One family owned from 1965 until 2008 and one owner since then!
It has a current MOT with no advisories until 19th Feb 2021 although it is both Tax and MOT exempt.

In 2000 the owners decided to embark on a sympathetic restoration but insisted on keeping it as it came out of the factory.

A new galvanised chassis was purchased and stamped with the chassis number but everything else is original including the engine.

It has mellowed nicely over the last 20 years and looks exactly what one of these should look like with an appropriate patina.

We have invoices from the 2000 for rebuild costs totalling £5366 for parts with the owner doing a lot of the final reassembly himself.

The original engine no the details below was fully rebuilt with new pistons and a rebore and runs like a Swiss watch.

The gearbox was also rebuilt where necessary.

The bulkhead is superb and has had no welding or needs any, excellent footwells.

Lots of correct dated parts are present to include the radiator and carburetor which is so very important for its originality,
Sits on Avon traction mileage tyres all round with good tread.

The engine starts on the button with ease, pulls well and changes gear without fault. The addition of a Fairey overdrive makes cruising more enjoyable whilst the freewheeling hubs adds to its economy.

We have added a brand new Exmoor trim soft top which looks really smart.
On the inside we have added 3 new front seats and 2 rear bench seats making this a 7 seater.

Comes with the correct Sparto lights front and back which is very rare!
The water pump has only this week been reconditioned.
Cappings are all lovely and really do fit in with the overall patina.

In short if you are in the running for a super rare and original Series 2 without the worry of a rotting chassis then this one would without doubt be the one. I’m pretty sure whoever buys this will witness it rising in value whilst costing very little to run. Priced at £19995 we are offering free delivery on this one anywhere in mainland UK for the month of June 2020. Call Anthony on the details below for any further info. 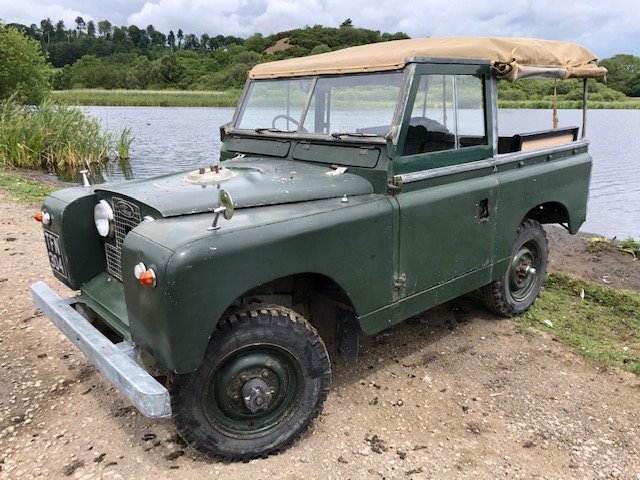 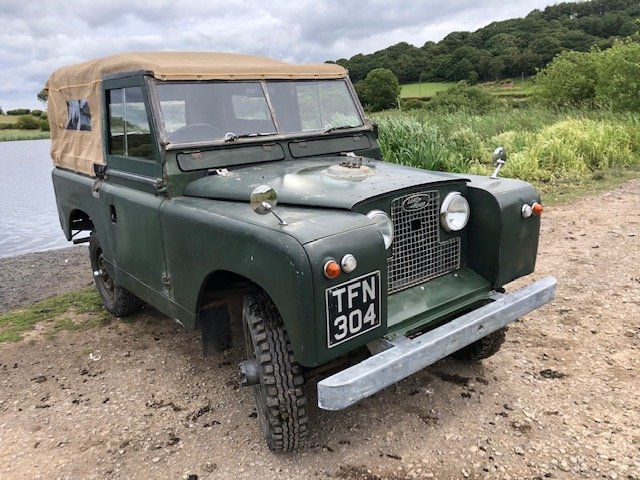 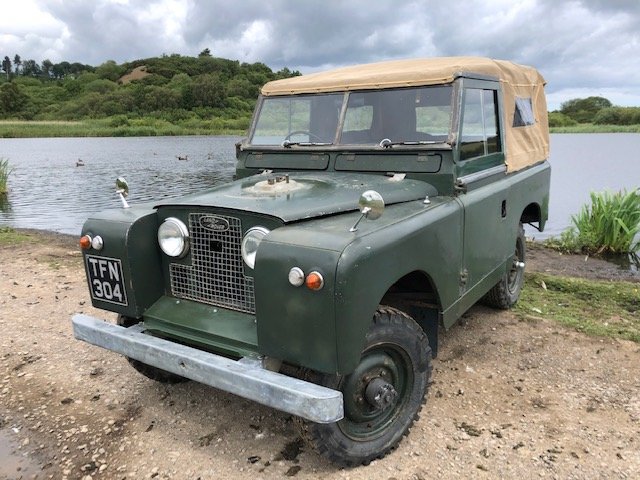 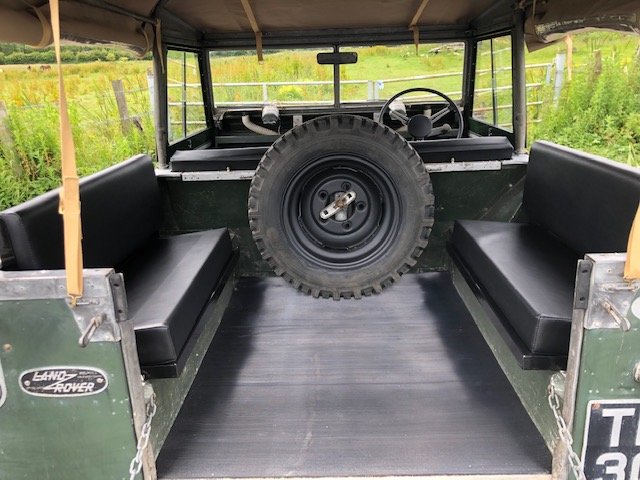 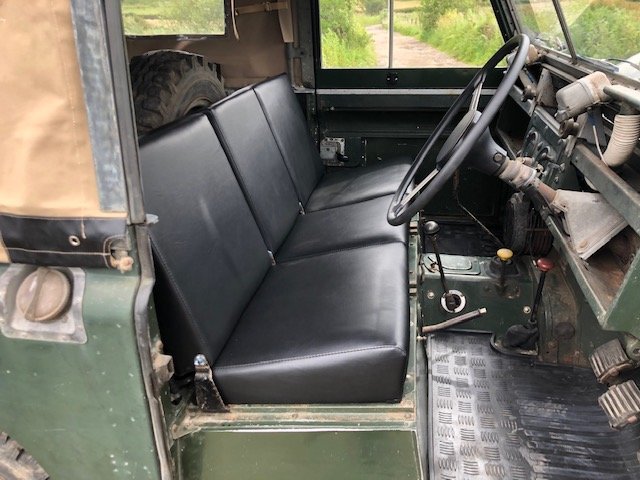 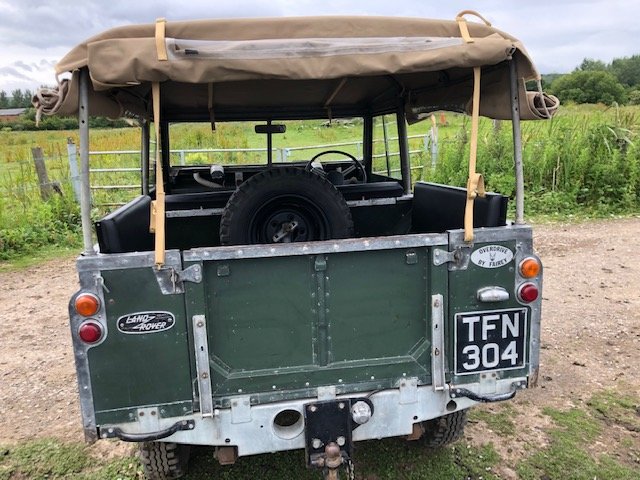