Or to quote the headline on the front of Autocar;

I cannot say that I did not have a smile on my face as I read the headline in anticipation of seeing what JLR had planned to rival the Ionos Grenadier.

Out of the factory in pristine condition with everything tuned to perfection a stock 110, Land Rover Defender Puma 110 2.4 TD produced in the region of 121 HP.

Had they used the Defender and not a DeLorean in the Back to the Future Series it would have been a long film.

But our Iconic, much loved vehicle is back in production. Not quite! Back in 2019 the Jaguar Land Rover Special Vehicle Operations Division acquired the struggling specialist tuning company Bowler for an undisclosed amount.

Bowler are famous for producing high performance competition Land Rovers that are highly sought after by competitors all over the world.

The JLR/Bowler partnership extends all the way back to 2012 when the companies teamed up to produce the Defender Challenger. Bowler have a solid credentials in customising and tuning Land Rover Defenders and the purchase of the company and subsequent grant of a license to use the body from the 110 brings JLR back into the fray of the Defender debate and market. Again, this is a sort bitter sweet statement for us mere mortals. The JLR/Bowler/SVO purchase and plans looked to set them up against the styling companies like Twisted and Overfinch.

We know the guys at Twisted well and the quality work they produce. Being on our door step in North Yorkshire we often see their styled vehicles around the area. A Twisted vehicle (at the time of writing on their website) started from £70,000

There is no doubt that these vehicles are stunning and if you are in to your Defenders these guys are well worth a trip to see.

The Land Rover Defender 110 body shape is back produced by a new SVO division of Jaguar Land Rover. Unfortunately that is about the only similarity. The Bowler will hit the road with 567bhp produced by a supercharged v8 and get you from 0 to 60 mph in an eye watering 4.0sec.

Now, while I am not all about speed I would love to see one of these go head to head with the electric Land Rover using the Tesla engine we commented on previously. 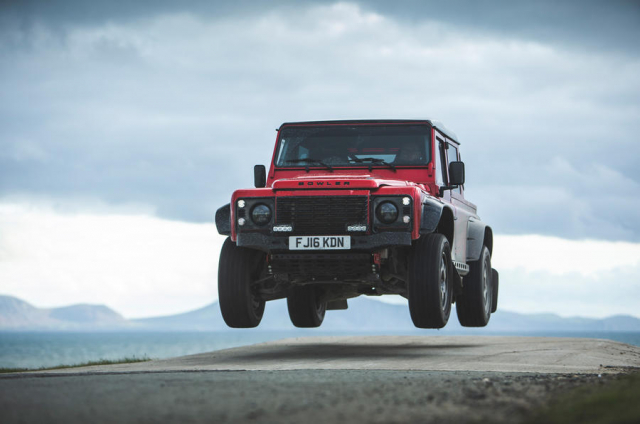 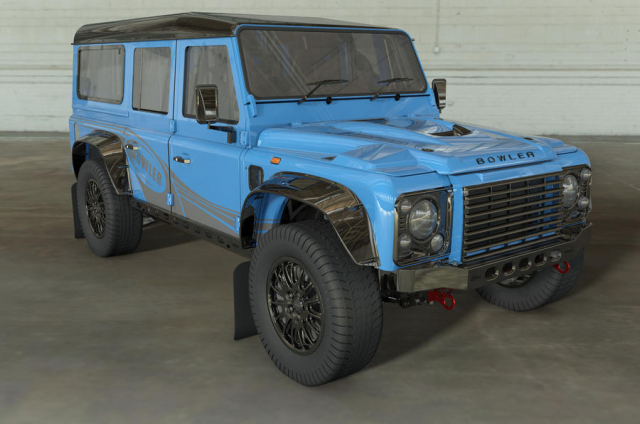 Unlike the vehicles of Twisted and Overfinch the new Bowler from JLR will be rolled out with a price tag of £200,000.

That is a lot of cash and the vehicle will only be produced in limited quantities of under 20 per year.

The Good News for us Defender owners is that JLR have recognised the growth in the restoration and customisation market over the recent number of years. JLR have suggested that the new Bowler styling will be expand the range of official projects for the old Defender body-style, alongside the restoration programmes and upgrade kits offered by Jaguar Land Rover Classic.

In the near future more styling and tuning products for us to bring to our restoration projects giving our customers more scope when it comes to defining the look of their vehicle.

We are the leading Land Rover Restoration Specialists in the North East. We can restore any Land Rover!

Thinking of a project with a Land Rover Series or Defender?

We use cookies on our website to give you the most relevant experience by remembering your preferences and repeat visits. By clicking “Accept”, you consent to the use of ALL the cookies.
Cookie settingsACCEPT
Manage consent

This website uses cookies to improve your experience while you navigate through the website. Out of these, the cookies that are categorized as necessary are stored on your browser as they are essential for the working of basic functionalities of the website. We also use third-party cookies that help us analyze and understand how you use this website. These cookies will be stored in your browser only with your consent. You also have the option to opt-out of these cookies. But opting out of some of these cookies may affect your browsing experience.
Necessary Always Enabled
Necessary cookies are absolutely essential for the website to function properly. These cookies ensure basic functionalities and security features of the website, anonymously.
Functional
Functional cookies help to perform certain functionalities like sharing the content of the website on social media platforms, collect feedbacks, and other third-party features.
Performance
Performance cookies are used to understand and analyze the key performance indexes of the website which helps in delivering a better user experience for the visitors.
Analytics
Analytical cookies are used to understand how visitors interact with the website. These cookies help provide information on metrics the number of visitors, bounce rate, traffic source, etc.
Advertisement
Advertisement cookies are used to provide visitors with relevant ads and marketing campaigns. These cookies track visitors across websites and collect information to provide customized ads.
Others
Other uncategorized cookies are those that are being analyzed and have not been classified into a category as yet.
SAVE & ACCEPT